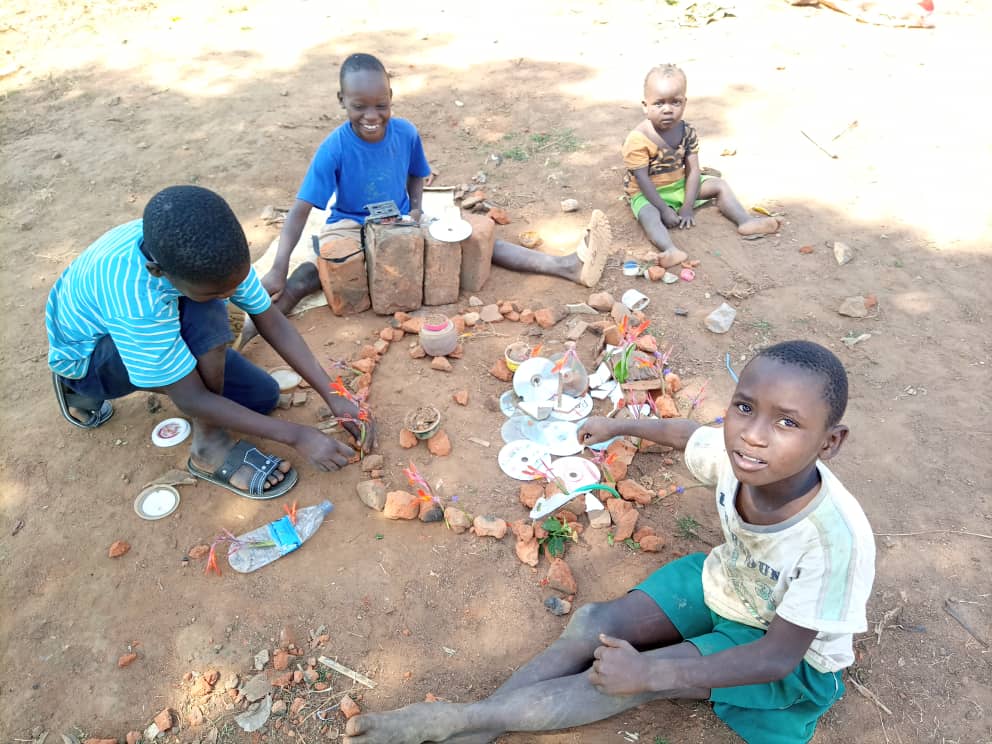 Assessment of OVC is necessary for effective and meaningful interventions to solve OVC problems and restore children’s hope for a meaningful future. Findings of the assessment will help articulate the magnitude and the impact of the orphan situation in Luwero District and bring out all the ramifications and complexities compounding the OVC problem. These findings will provide clarity on what the real issues are and a basis for appropriate responses to these issues. It is hoped that results of the assessment will guide and bring about a better understanding of the essential elements of OVC phenomenon to enable promotion of realistic, effective, and feasible interventions to protect and improve the well-being of children and families in Luwero District.

Since the early 21st century, there has been a rise in the number of orphans and vulnerable children (OVC), the majority of which live in sub-Saharan Africa [UNICEF 2006]. Orphan hood in sub-Saharan Africa is largely attributable to the HIV/AIDS epidemic, which has left an estimated 17.3 million children orphaned due to the death of one or both parents [UNICEF 2013]. Despite major advances in addressing the HIV epidemic, the number of HIV-related orphans is still considerable, with a global estimate of 13.4 million children and adolescents orphaned by HIV. Most of these children reside in resource-limited settings and are in need of multiple support services for themselves and their families. Prolonged conflict, political instability and extreme poverty in some sub-Saharan African countries has also contributed to the OVC burden (UNICEF, UNAIDS, USAID 2004).

According to the Uganda Population-Based HIV Impact Assessment (UPHIA) report 2016, the national prevalence of HIV/AIDS was at 6% in Uganda. In 2015, an estimated 147,394 children aged between 0 and14 were living with HIV, just over 10% of the total HIV positive Ugandans. There were an estimated 5,200 new pediatric HIV infections in 2014, and almost 5% of babies born to HIV positive mothers tested positive for HIV in August 2015. The vulnerability of the very young and infected is exacerbated by poverty and assumed poor feeding practices, as evidenced by the fact that about 2 million under-5 children are stunted and 801,000 are underweight. HIV prevalence among people aged 15–24 years was 3.7% in 2011, having increased from 2.9% in 2004/5. Rising prevalence in this age group is related to behavioral challenges. In 2011, only four out of 10 young males and females aged 15–24 had comprehensive knowledge about HIV prevention; one in every four girls aged 15–19 has begun childbearing; two in every five women aged 20–24 were married or in a union before 18 years; nearly 6 in 10 young women aged 15– 24 (58%) had sex before age 18; and five in 10 unmarried young women were sexually active.

In Uganda, a child who has been orphaned is defined as a child below the age of 18 years old whose mother or father has died (MGLSD 2004b). According to this definition, orphaned children are just one category of vulnerable children in Uganda, since many more children live in situations that render them vulnerable. Rampant poverty and lack of access to basic services (such as appropriate housing, health care, education, water, and sanitation) have left many children vulnerable to high risks of exposure to harm. This assessment aims at increasing the understanding of the scope of the problem of vulnerable children in Luwero District in Uganda including the full spectrum of core services needed in order to facilitate planning to inform SDC e.V’s current and future programming efforts.

Uganda was one of the first countries in which the potential impact of the HIV and AIDS epidemic on children was documented and recognized (Hunter 1990, Müller and Abbas 1990, Dunn et al. 1992). According to Children on the Brink 2000 (Hunter and Williamson 2000), in 1990, 17 percent of Uganda’s children below 15 years old were orphaned. The Uganda National Household Survey conducted by UBOS in 2005/2006 identified that 15 percent of Ugandan children (below the age of 18 years old) were orphaned, suggesting that at that time there were approximately two million orphaned children in Uganda. Unfortunately, this number has continued going up.

The criteria currently used in Uganda by the National OVC Policy (NOP) and National Strategic Program Plan of Interventions for Orphaned and Other Vulnerable Children (NSPPI) to identify vulnerable children (for purposes of enumeration and intervention allocation) are shown in table 1.

The Government of Uganda (GOU) has focused attention on the problem of orphaned and other vulnerable children by enacting policies and regulations, attempting to register vulnerable children, and undertaking various efforts to promote community support and fostering and to re-unite children in orphanages with their extended families (MGLSD 2002).

In 1996 the GOU established the Children Statute (later renamed the Children Act), which provides a legal framework for the protection of children, stating that, “children have a right to education, immunization, adequate diet, clothing, shelter, medical attention and not to be discriminated against, subjected to violence, abuse or neglect.“ The government also began encouraging communities to take orphaned children into their homes and to care for them. In 1997, the GOU introduced free Universal Primary Education (UPE).

Additionally, in 2004, the Ministry of Gender Labor and Social Development (MGLSD) developed the NOP, aimed at improving the quality of life for poor and vulnerable children. In order to implement the NOP, the GOU and its partners developed a strategy document, the NSPPI (MGLSD 2004b) and the Quality Standards for the Protection, Care, and Support of Orphans and Other Vulnerable Children in Uganda (MGLSD 2007). These documents identified 10 core program areas (CPAs) essential to the wellbeing of vulnerable children under four main themes or building blocks as highlighted in table 2 below.

The preferred practice in Uganda is that protection, care, and support services for vulnerable children are organized at the household level. In 1996, the MGLSD enacted a policy that favored family and community-based care, with institutional care as a last resort (MGLSD 2002). In the absence of immediate family, vulnerable children should be cared for by the extended family and community members to keep the children in a familiar and stable environment. The GOU recognizes the crucial role of and works closely with non-governmental organizations (NGOs), community-based organizations (CBOs), CSOs, and faith-based organizations to provide care, support, and protection for vulnerable children.

Source: Quality Standards for the Protection, Care and Support of Orphans and Other Vulnerable Children in Uganda (MGLSD 2007)

The need to providing care and support for OVC is amongst the biggest challenges Uganda faces today, as the growing numbers of OVCs overwhelm the available resources. AIDS, fuelled by high poverty levels, abuse, exploitation, limited nutrition and education are the main contributors to OVC incidence in Uganda. The data available about OVC are old and not reliable for SDC e.V programs’ planning hence this assessment will contribute to the understanding of the magnitude of the problem and socio-demographic characteristics of OVC in Luwero. The findings will provide the foundation for building programs of appropriate design, size and scope for response.

1.5.  POTENTIAL USE OF PROJECT FINDINGS

Recognizing and addressing the needs of orphans and vulnerable children (OVC) to mitigating negative outcomes of the growing OVC population worldwide is a high priority for national governments and international stakeholders that envisage this as an issue with social, economic, and human rights dimensions. Despite the many efforts to improve the circumstances of vulnerable children in Uganda, policymakers, donors, and program managers still lack comprehensive and up-to-date information about their numbers, geographic distribution, characteristics and needs.  Availing the relevant available data on OVC, and acknowledging the gaps that still exist in our knowledge, will assist policy makers and program implementers to make evidence-based decisions about how best to direct funding and program activities and maximize positive outcomes for children and their caretakers. This assessment will produce comparable outcome level data to that collected from other OVC programs using the same tools in other countries, which will allow for more evidence-based decision making for SDC e.V OVC projects implementation in Uganda.

The primary goal for this assessment is to increase the understanding of the scope of the problem of vulnerable children in Luwero District in Uganda including the full spectrum of core services needed in order to facilitate planning to inform SDC e.V.’s current and future programming efforts.

The specific objectives of the assessment are: